Mike Makin-Waite recalls the origins of his new book On Burnley Road: Class, race and politics in a northern English town

In summer 2001, Burnley was one of the northern English towns where racialised rioting broke out. The following year, it was the first place to see a small clutch of BNP councillors elected. Responding to these unexpected developments, the council created a new post of ‘community cohesion manager’, and in spring 2003 I was appointed.

I was away on a course at Birmingham University’s Institute of Local Government Studies when council elections were held that May. Along with some others on the residential, I stayed up watching the results come through. To my consternation, Burnley was a big story on the national news: the BNP had won the most votes and gained the most seats, but because only a third of seats were ‘up’ that year, they hadn’t taken control of the council – this time.

‘What’s that job you’ve just got?’ the other people laughed. One of them said, ‘you’ve gone pale!’ and poured me another whiskey.

Over the following years, my job at Burnley town hall centred on promoting good race relations in the town, ensuring that the council was operating in line with equalities legislation, and working with councillors of all political parties – including the BNP. The far-right maintained a (shrinking) presence on Burnley Council for ten years, as the council built a reputation for good practice: challenging racist myths and misinformation, improving its community engagement so that residents at least felt informed on controversial decisions, and pioneering work on ‘civic mediation’.

For a while, such initiatives helped address racism in the town – although resolving or even getting hold of the underlying causes of Burnley’s social divisions went far beyond the capacity of a small district council. Reversing the emotional and economic impacts of deindustrialisation, and finding healthy ways to combine diversity and common citizenship in a political culture that has still not processed the loss of empire, remain major and long-term political tasks across northern England.

Funding for inadequate but still positive ‘community cohesion’ projects that had been provided by the Blair and Brown governments was cut as soon as the Cameron-Clegg ‘austerity coalition’ took power. In Burnley as in many other places, support for nationalist and populist themes was building up again, now primarily expressed as opposition to immigration and antipathy to Europe. In 2018, another of the relentless rounds of public sector redundancies led to my post being cut. As I walked out of Burnley town hall on my last day, I reflected on the things I’d learned during ‘the BNP years’.

Back in 2001 and 2002, national newspapers and many politicians – including in the Labour Party –presented Burnley as an aberration, an unusual, backward and parochial place where people rioted and extremists won council seats. This was insulting and condescending at the time. More seriously, it had a longer-term negative consequence. Explaining Burnley away as an exception created a block in people’s minds. It stopped them being genuinely curious about what explained the BNP successes. It prevented them from recognising the gaps and distances that were opening up between many voters in northern towns and the mainstream politicians who claimed to represent them.

By the time I left my council job, big things had happened in those gaps and distances: the 2016 Brexit vote (67 per cent of Burnley voted Leave); the growing strength of UKIP/the Brexit Party (who won a few Burnley council seats in neighbourhoods where the BNP had been strongest); and then, in 2019, Burnley became one of the ‘red wall’ seats Labour lost to the Tories. Burnley’s story has become a microcosm of the changing class relations, political realignments and wider shifts around race and identity in northern England that have shaped the current moment. Far from being anomalous, the nationalist sentiment, wounded class pride and divisive attitudes which fed local support for the BNP in 2002 and 2003 were a sign of things to come.

I strongly believe that an analysis of local politics in Burnley over the last twenty-five years can provide insight into some of the major issues facing us now. Among these are the rise of right-wing populism, fuelled by a deep distrust of ‘established’ politicians, the way Johnson’s Tories have won support in deindustrialised areas by linking some people’s sense of abandonment to the notion that a strong and exclusive sense of national identity is the answer, and the over-simplifications about ‘the white working class’ and its supposedly traditional values that appear to guide Starmer’s approach to wining back Labour support in northern constituencies.

I also feel that some of the small-scale initiatives that I was part of can help address these issues. Burnley Council attempted to counter racialised myths and conspiracy theories in local politics. The council became assertive about the need to challenge racial discrimination affecting Asian heritage people and to address the frustrations and needs of white residents who felt that their needs and interests weren’t being acknowledged or met.

Working with mediators who were involved in the Northern Ireland peace process, I helped organise ‘civic dialogue’ events and a good relations programme. These helped local politicians, community activists, campaigners and voluntary sector workers to build up the craft and habit of having out difficult, contested and racialised issues – exactly the approach that I believe is needed today to rebuild confidence in democracy and to develop shared approaches to problem solving.

On Burnley Road: Class, race and politics in a northern English town is available now in paperback for £17 (+p&p) 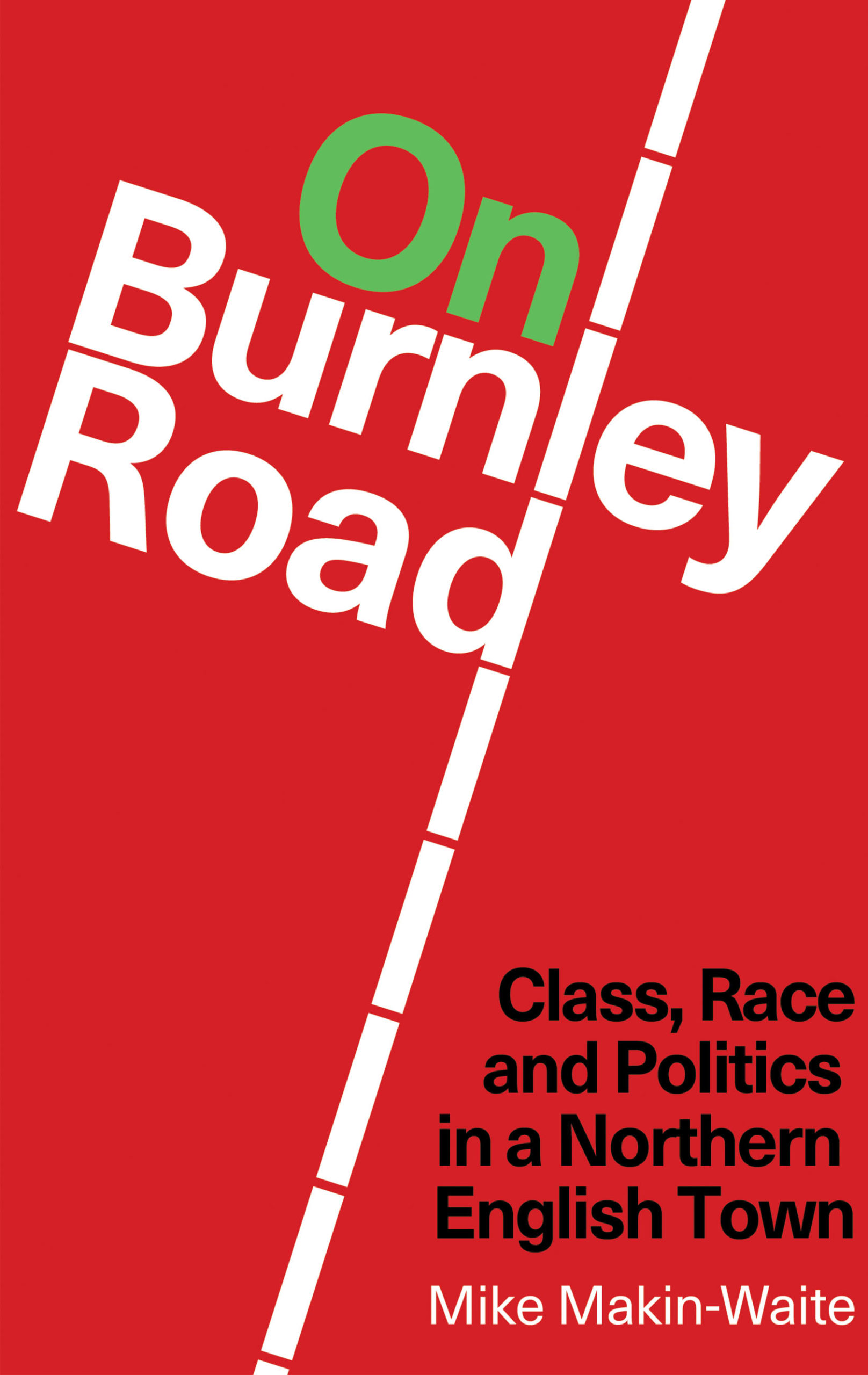 On Burnley Road: Class, Race and Politics in a Northern English Town