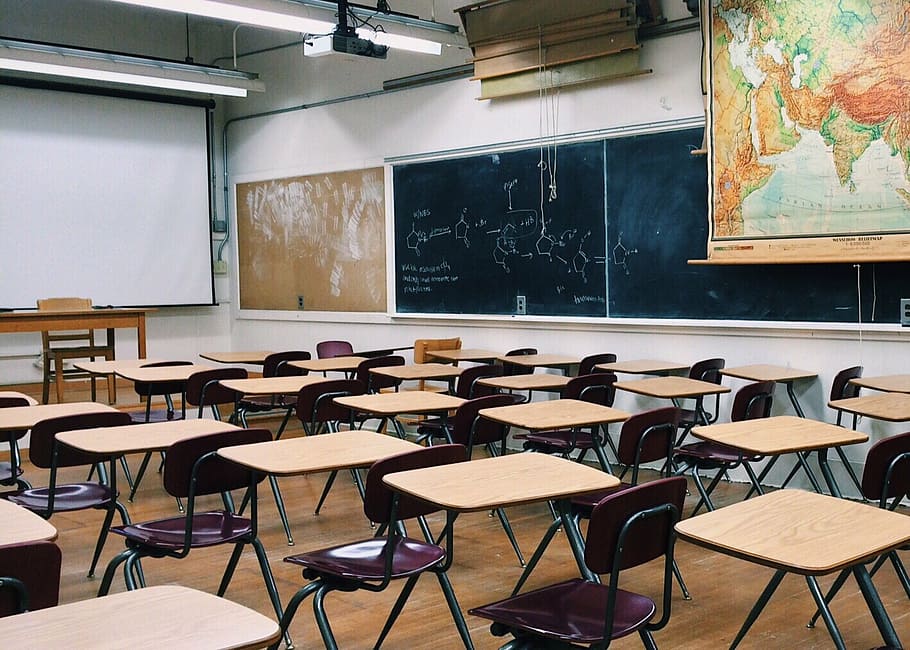 What our Children are Missing

Amanda Doran Eby on education and inequality in Baltimore during the Covid-19 pandemic.

Baltimore City sits on the shores of the Chesapeake Bay, in Central Maryland in the Mid-Atlantic of the US. As we watch the country and the world express the pain of George Floyd’s murder and all those that preceded it, Baltimoreans are no doubt feeling a sense of déjà vu. We see cities in turmoil because of 400 years of oppression for people of colour on US soil and we empathise. We are a city of 600,000, cast into the global spotlight when we caught on fire in 2015. The Baltimore Uprising of April 2015 followed the death of a 25-year-old man named Freddie Gray, while in police custody. That same month, along with news sources around the world, CNN’s Jordan Malter wrote about racial and economic disparities in Baltimore. According to Malter’s 2015 article, 61 per cent of Baltimore’s children live at or below the poverty line. Additionally Malter says, ‘Life expectancy rates in the neighborhoods of Upton and Druid Heights – where median income is well below the poverty line at $13,388 a year – is only 63 years old. That’s 20 years lower than the 83-year life expectancy for Roland Park, less than five miles away. In that neighborhood, the median income is $90,492.’ Roughly five miles’ distance means 20 years of life.

For many of my students, this is reality: household income is low, relatives die early, violence is prevalent in their neighborhoods perpetrated by both police officers and residents. They might live next to a vacant, boarded up house, Mom may work for an hourly wage that wouldn’t cover one person’s meals let alone four, or five, or ten. Now, add in a global pandemic.

A couple weeks ago, I had a student reach out via email to say that she hadn’t been emotionally able to log into our new virtual learning platform because she had just lost her grandfather to COVID-19 and was figuring out how to grieve. These deaths are sudden and while arguably preventable, this is what experts expected at the start of this crisis—that people in poverty would be hit hardest. Poverty means low-wage jobs, riding the public bus rather than driving in one’s own car, comorbidities due to a diet of affordable and easily accessible while unhealthy food or the low air quality in a certain neighborhood or backbreaking work, less access to healthcare. Poverty now also means the inability to stay home during a stay at home order, difficulty physically distancing, maybe asking others to watch kids who aren’t in school, relying on other households. And all of these factors make one more susceptible to this easily transmittable virus.

I’ve been working at the same all-girls Baltimore City public charter school for five years. We are a grades 5-8 middle school serving girls from all over Baltimore City, and as a Baltimore City Public School, 100 per cent of our students are eligible for free breakfast and lunch. The city used to track who qualified for free and reduced lunch and then realized they were spending more money tracking the small percentage of kids who didn’t qualify and that money would be better spent offering food to all of the 80,000 kids in the school system. My school also falls into the category of a Title I school. I’ve always made homework accessible, not wanting to assume that everyone has a computer or internet. In a quick change of well, everything, as a school we’ve had to figure out a system to ensure our girls can access a computer and internet. We have lent out Chromebooks to over one third of the student body of 300, many staff have delivered them to students’ homes because of lack of transportation. And, for the most part, our girls are logging in, completing work, and sharing tiny slices of their lives, at least this new version of their lives. I am proud of the work we are doing. But it’s hard not to think of what they’re missing, too.

Two years ago I had a student, T, in my advisory group who often made me a casualty of her teenaged-ness. Those mornings when I would ask her how she was doing and she’d pretend like I wasn’t talking at all, let alone to her, I know she didn’t know where to place her emotions. So T placed them on me. I’d hold them for her and hope that I was modeling for her how to be. Maybe someday T would be that emotional foam for someone else – all inanimate absorption. Can you model these things through a screen? Can our children even make rites-of-passage mistakes while in an active stay at home order?

When I saw T make the same mistake again and again with the same group of friends who only brought her down, I just wanted to scream at her. Instead, I’d pull her aside with no one else around. I’d ask, ‘Why did you go to 7-11 with those boys instead of coming to morning meeting?’ T would tell me that she wasn’t sure, that she knew better, but I already knew she knew better because we’d had that conversation the day before, and the previous Monday, also Thursday, and a week before too. T once told me, ‘You don’t know how to help people be better,’ the very thing I wake up every morning to do. It hurt but this see-saw explains how we raise children and turn them into functioning young adults. So how do these adult-forming conversations happen in virtual school?

I’ve only visited a small handful of the insides of my students’ homes in my 11-year career in education. A baby shower, a birthday party, one failed come-to-Jesus-attempt for which T didn’t show up, even if Jesus did. These days, I am virtually in my students’ homes Monday through Friday. I get to see fat-cheeked baby siblings, hear grandmas yell ‘hello’ from the next room. I see hair bonnets in the mornings and elaborate scarf coverings in the afternoons. Occasionally someone is in trouble or I hear a student snap at her mom, like all teenagers do – I’m just not usually a witness.

For many children, particularly children who live in poverty, school means order and consistency, safety and reliable meals, healthy problems and healthier resolutions. In some ways, we can offer the consistency online by holding morning meeting each day at 9, assigning work, and showing up on camera, a familiar face in a new platform. I’ve had one-on-one conversations with girls about how damn hard this is, about missing the world, about missing school, about how it’s hard to find a quiet space to work with so many siblings walking around. While I see my role clearly after two and half months of virtual learning, I think most of it is possible because of who I was and they were, back when we were in-person and because of the relationships I built with kids before 16 March.  As my eighth graders move onto high school and the US considers what Fall will look like in education, how will I build relationships with the rising class, from my dining room table on a 15-inch screen?

I see what the girls are willing to share. There’s a girl with a light-up headboard that reminds me of the cab of a limousine and another who participates in the foreground of her own painting hanging on the wall behind her. A lemon-yellow great grandma’s kitchen and a red living room wall, a new baby brother called King and a toddler niece someone’s been asked to feed. Some girls participate in morning meetings while lying in bed and many choose not to turn on their cameras at all. One who is particularly engaged clicks her microphone on to answer every question and then clicks it right off again. We receive her fast-spewn answers over the fuzz of siblings’ screeches and a barking dog and then she clicks to silence just as quickly as it was interrupted. Do we even have the right to be inside these students’ homes?

I remember last year on one student’s request, a colleague and I, along with the student, called her mom as a team. To tell her mom that her daughter was gay. She was shaking violently as we greeted her mother and gave a broad explanation of why we were calling. When she finally gathered the strength to say it aloud, she grabbed me around the middle and squeezed me like a teddy bear. Tears flooded from her face and into my shirt. And we sat like that for a long, long time. So, these days, do you just go downstairs, muster your own inner-fortitude and tell your mom that you’re gay?

Never did I imagine education as a job that could be done remotely. Without the hallway herding or the hugs. I miss the inside jokes I have with certain classes, the girls’ candid comments on my green-laden lunches, the one-on-one meetings in which we make a plan on how to pass the eighth grade, me taking notes while she empties my office tissue box. I miss the hustle of sending six things to the printer at once, signing this, mailboxing that, scanning these pages, and giving this grade report to a girl who needs it for her high school application. I miss the power of teacher-eye-contact and how a girl with a defiant attitude can check herself with one raised left eyebrow. And even the hardest parts, do my girls miss those too?

So where else do we attempt to fill the gaps left in their lives by the removal of an eight-hour in-person school day? As of 27 May, Baltimore City has given away over 2.6 million meals, almost 24,000 boxes of groceries, and 9,600 produce boxes. But never in my 11 years, have I known how much being physically present with my students matters. And still, that loyalty and love, seems to withstand the distance. Two weeks ago, during American Teacher Appreciation Week, three students and two moms showed up on the sidewalk outside my house with a bag of goodies, a poster, a balloon, and a chant for me. They were here for about three minutes but it has buoyed me since, along with emails and texts from girls and their families. At soon forgotten stadium volume, the masked team spelled out and yelled out, ‘You rock!’ And more than a tribute to what we’ve done together online over the past two months, I know that it was in recognition of everything we did and who we were, back when we were together.

Amanda Doran Eby is a lifelong Baltimorean. She has been an educator for 11 years and is currently the Director of Scholar Development at Lillie May Carroll Jackson Charter School and a yoga teacher. She earned her MA in Nonfiction Writing from Johns Hopkins University and blogs at https://writingamandy.com/. 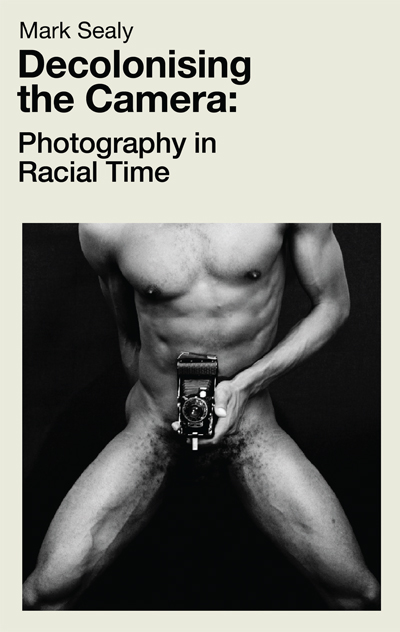 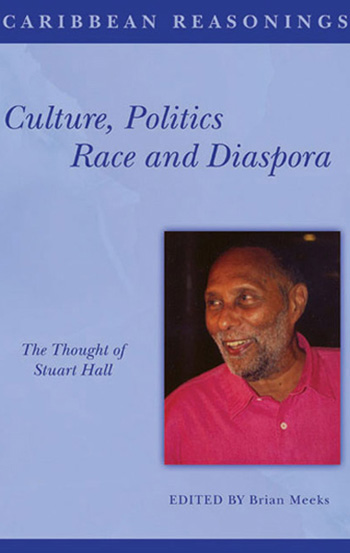 The Thought of Stuart Hall 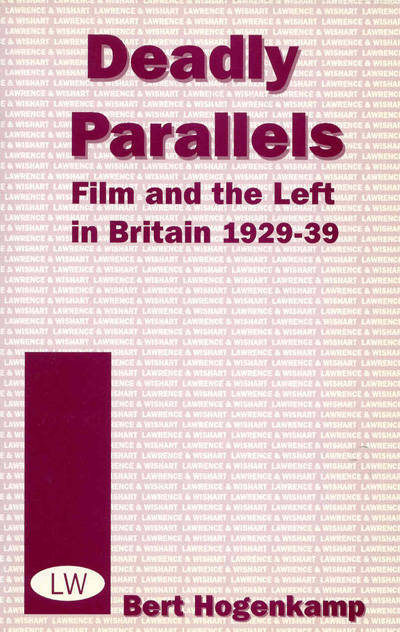